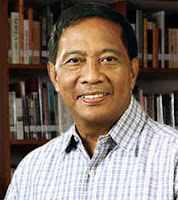 ELECTION DAY 2010 has concluded! Fifty-year-old Senator Benigno "Noynoy" Aquino III, [photo on left] of the Liberal Party and son of beloved former President Cory Aquino and Senator Benigo Aquino Jr., assassinated in 1983 while in oposition to President Marcos at the time, was elected President of the Philippines with 15.3-million votes, or 42% of the popular vote in a nine-candidate field, while former Makati Mayor, 69-year-old Jejomar Binay [on right] of the UNO Party was elected Vice President, having received over 14.7-million votes, or 42% of the popular vote.
Posted by CebuAngloBoy at 4:41 PM No comments: Links to this post

ELEKSYON! NATIONAL ELECTIONS in the PHILIPPINES May 10, 2010 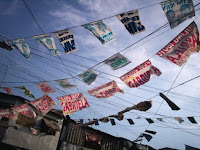 The year 2010 is a Presidential Election year in the Philippines. Here, a Presidential term is limited to one six year term. Since the beginning of Philippine Independence, however, the Filipino Presidential term were similar to that of the USA – 2 terms of 4 years each -- but in 1987 changes were made to their Constitution as a reaction to the, then, recently toppled Marcos regime where he was able to suspend their Constitution and govern for 21 years. The people conducted a national vote for this amendment change and the voters simply chose a “yes” or “no” vote on a National ballot to change the law. But even with that, the current President, Gloria Macapagal-Arroyo, has been able to serve as President for a 9 year term. Arroyo was able to serve 9 years because she served the remainder of Joseph Estrada’s term when he was ousted by popular demand – or as his Vice President, taking over by a popular uprising. Later, the Philippines Supreme Court ruled that Arroyo could run for one term of her own. Which ends this year. She cannot run again for President this year but she is running for a Congressional seat in order to keep her family name in politics. For it is a fact that in the Philippines, various family clans or dynasties have developed in politics. The Marcos family still have a number of family members involved at various levels, including Imelda and her USA-university-educated daughter, others include the Aquino family, the Villar and Gonzales families, Larzaro, and Aguillar, among others. In certain parts of the country, such as in Mindanao, it can sometimes result in assassinations of opponents because the graft and corruption sometimes involved, keep many of these families wealthy. ’Course, it is no different than the Kennedys, Cumos, Bushes, and Clintons of this country.

Also in another major difference between the Philippines and the USA, the Vice President is elected separately, unlike in America where it is a political team where the President and Vice President run under the same ticket. Which, sometimes, can also be a source of undermining the President. It is the same for Mayor and Vice Mayor.

Another major difference between the USA and the Philippines, the Philippines has eleven Major Political parties and many minor parties. With this, the ballots are often long lists for each office for any election.

All around each town and all across the Philippines there are political signs, banners and flags covering any area possible. Many fences, walls, poles, and any other spaces where they can find are covered with political campaign signs and posters. Some are nailed or pasted to walls or strung across streets. Trucks, Jeepneys and nearly all public transportation display a variety of political campaign signs. Except in the cases of vehicles, the signs remain up long after the election is over or until they are torn down by the winner’s backers or they disintegrate from the weather.
Posted by CebuAngloBoy at 10:51 AM No comments: Links to this post